Home /
Warning: Use of undefined constant multiple - assumed 'multiple' (this will throw an Error in a future version of PHP) in /homepages/2/d259951597/htdocs/new_site/wp-content/themes/Minamaze_Pro/admin/main/options/00.theme-setup.php on line 178
A Country Mile • A Country Mile • Books and Authors / Writing for Children – W ...

Writing for Children – Where Do I Begin? 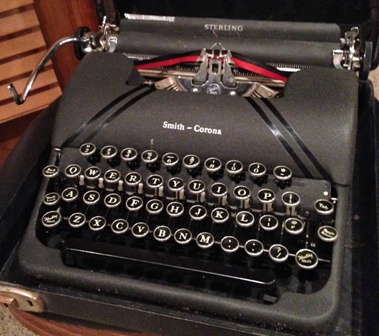 It’s been 20 years since I first asked that question.

It’s been 14 years since I first earnestly began seeking the answer.

It’s been 12 years since I attended my first children’s literature conference.

It’s been 9 years since I got THE phone call from Random House with an offer on a manuscript that would become my first published book.

It’s been 7 years since that book was released.

And now, with 4 books published, 1 releasing in September, and 5 more sold, I look back at those years and consider:  What did I do right?  What did I do wrong?

What do I know now that I wish I’d known then?

I wish I’d not sent some manuscripts out so soon.

I wish I’d sent some out sooner. 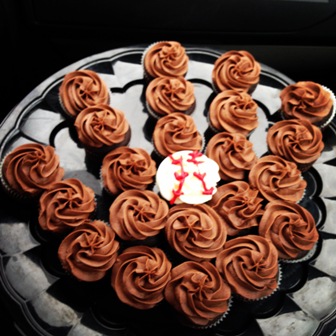 Enough with regrets. We can beat ourselves up rehashing all the things we didn’t do right.

Sometimes we have to pat ourselves on the back for what we’ve done well.

I read lots of picture books and middle grade books – including new ones, not just the ones I read and loved as a child.

I found others who were on the same journey and supported them while they supported me.

I didn’t give up.

The publishing world is a big, scary place.

I get that. I STILL get that.  But over the course of my journey, the publishing world has become much smaller and much friendlier. And part of that is because I’ve realized it’s made up of humans.  Editors, agents, those successful authors and illustrators- they’re all humans!  Just like you, just like me.

I’ve also found that Children’s Literature is made up of some of the best humans on the planet! For the most part, we’re NICE. We’re friendly, we’re supportive, we build up one another, and we’re fierce when it comes to protecting one another. I’m sure Kate Messner and Phil Bildner would agree that they’ve experienced the love and support of the Kid Lit community these past weeks.

Like most published authors, I get my share of emails from those just starting out. They want answers, magic keys, perfect advice, that tip that will start their career in the direction of their dreams.  I always reply. Yes, it’s disheartening when I spend half an hour crafting a personal response and then I don’t get a “thank you” in return. I suspect it’s because I said some things the person didn’t want to hear:  It’s not going to happen quickly. It’s going to be hard. A good manuscript isn’t good enough – it’s got to be GREAT.  You’re going to get rejections. You’re going to want to give up. 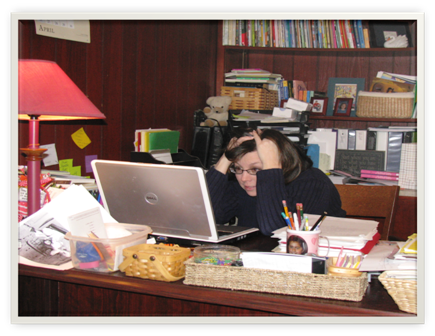 I delight in those who are like I was 12-14 years ago. Not the 20-years-ago me. The 20-years-ago me thought she was interested in writing for children. She thought she was ready to seek answers, but she wasn’t ready to hear the truth. But the 14-years-ago me? She was ready to dig in, to listen, to understand how it works.  And the 12-years-ago me? Oh, she was on fire. She was so serious, she talked herself into boarding a plane for New York City in the dead of winter to attend her first SCBWI conference. That girl… that’s the one that would become a published author.

I’ve taught several workshops for beginning writers, and I’m also thrilled to meet folks who are earnestly seeking to learn more about writing for children. At the end of July, I’m hosting a one-day Writing for Children Summer Workshop in my one-room schoolhouse studio in Ohio.  Seating is limited (it is, after all, a one-room schoolhouse) but there are a few spots open. If you’re interested, click here for all the details.

It’s noisy out there, I know.

But listen, and you’ll learn a great deal. I know I did.

Since its inception in 2007, the Ohioana Book Festival has given readers the opportunity to connect with their favorite Ohio writers. Held each spring, the Festival welcomes roughly 100 authors

Since its inception in 2007, the Ohioana Book Festival has given readers the opportunity to connect with their favorite Ohio writers. Held each spring, the Festival welcomes roughly 100 authors and more than 3,000 visitors every year.

THE 2022 FESTIVAL WILL BE VIRTUAL over three days . Click here to see the schedule of events.

Claire’s Day is the Celebration of Life, Authors, Illustrators and Reading Excellence. Held annually for the past 20 years in memory of Claire Lynsey Rubini this book festival will be a

Claire’s Day is the Celebration of Life, Authors, Illustrators and Reading Excellence.
Held annually for the past 20 years in memory of Claire Lynsey Rubini this book festival will be a new community favorite!  A local committee is preparing for this day to be a special FREE FAMILY book festival.

Claire’s Day is the Celebration of Life, Authors, Illustrators and Reading Excellence. Held annually for the past 20 years in Maumee, Ohio in memory of Claire Lynsey Rubini this Book Festival

Claire’s Day is the Celebration of Life, Authors, Illustrators and Reading Excellence.

Held annually for the past 20 years in Maumee, Ohio in memory of Claire Lynsey Rubini this Book Festival is Northwest Ohio’s largest celebration of literacy!

Food, books, t-shirts and other literacy items will be available for purchase.