Home /
Warning: Use of undefined constant multiple - assumed 'multiple' (this will throw an Error in a future version of PHP) in /homepages/2/d259951597/htdocs/new_site/wp-content/themes/Minamaze_Pro/admin/main/options/00.theme-setup.php on line 178
A Country Mile • A Country Mile • Books and Authors • A Country Mile • Out and About / Commanding the Waves 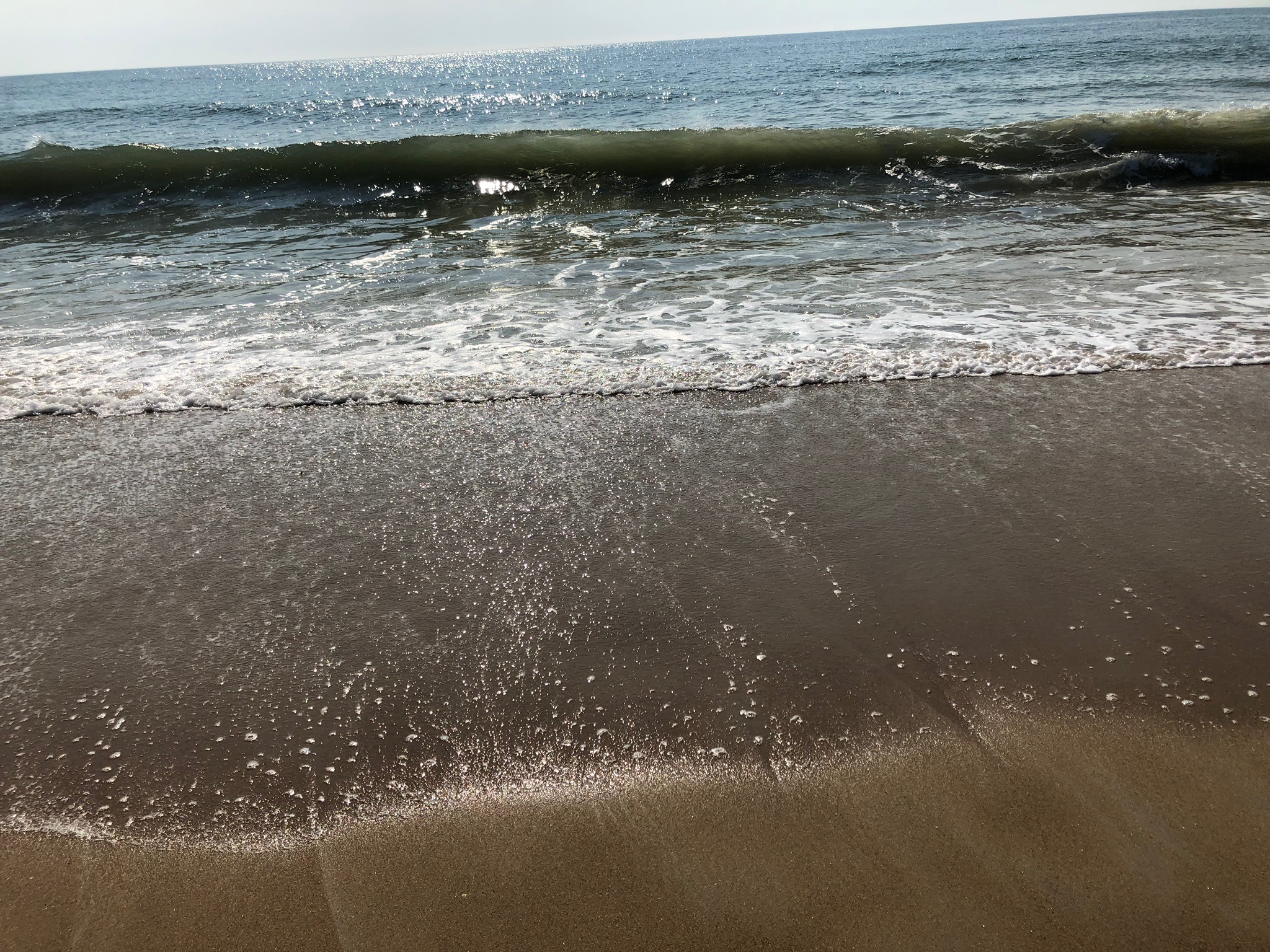 I’m cheating here. So this will be short. ( I should be working on my novel, because I came a long distance to retreat and get some serious work done.)

No doubt, the other writers and I are making excellent use of our time.

We hole ourselves up on porches, in corners, on bottom bunks, ignoring everyone while we work. When we can’t think any longer, we linger in the kitchen or go for a walk.

Yesterday, before I sat down to discuss my work-in-progress with a friend, some of us walked the two blocks to the ocean.

It was 9 a.m.  A few people walked the beach and even fewer had staked out their spots for the day. The lifeguard chairs were still lying face down. One family arrived, and as the parents set up blankets and chairs, their daughter – maybe seven or eight years old – ran straight to the water’s edge.

She stood, bathing-suit clad, bare toes in the bubbly surf, the morning sun pouring down. She raised two arms to the ocean.

She directed the waves. Come, she beckoned them with wide circling arms.

And the waves came.

As soon as the still-chilled Atlantic surf tickled her ankles, she swept her arms outward.

Go! She silently sent the waves back out, and they went with a rushing, sucking sound, taking sand and shells with them.

Again and again, never looking to see who was watching, she called the water in and pushed it out again.

I watched. I smiled. She looked tiny  – a child against the vastness of an ocean.

Yet she was undaunted. Fearless. In charge.

Oh, to have such childlike confidence. To feel certain that you can master what’s in front of you, no matter how big the thing – and her thing was the ATLANTIC, for heaven’s sake.

I returned to the beach house and faced an ocean. A work-in-progress bigger than anything I’ve tackled so far. A novel that has frustrated me, and time and and time again felt too large for a small writer like me.

But now I have a new vision in my head. I invite you to click the picture below – it will get bigger – raise your arms  to the sky, and call forth the surf. Then tell it to leave, and watch it go.  And do it again. And again.

Until you’re certain you have the powers of an eight-year-old who commands the waves.