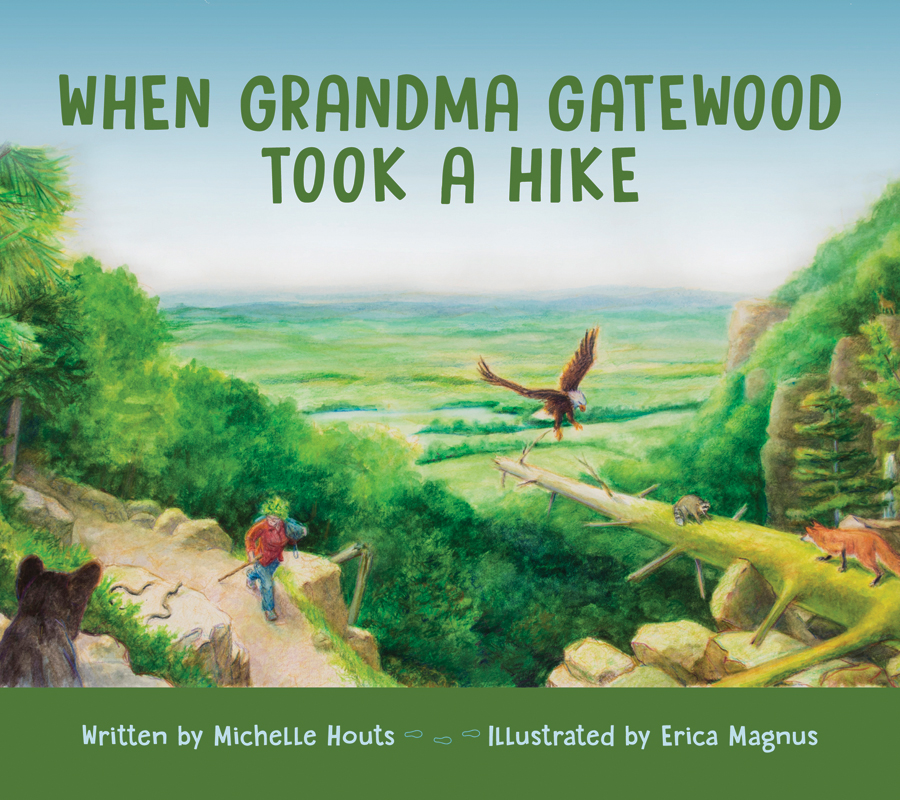 Visit the Caffeine Queen’s blog for fantastic teaching materials to use with When Grandma Gatewood Took a Hike.

It took her two tries, but in 1955, sixty-seven-year-old Emma “Grandma” Gatewood became the first woman to solo hike the entire length of the Appalachian Trail in one through hike. Gatewood has become a legend for those who hike the trail, and in her home state of Ohio, where she helped found the Buckeye Trail. In recent years, she has been the subject of a bestselling biography and a documentary film.

In When Grandma Gatewood Took a Hike, Michelle Houts brings us the first children’s book about her feat, which she accomplished without professional gear or even a tent. Houts chronicles the spirit of a seasoned outdoorswoman and mother of eleven whose grit and determination helped her to hike over two thousand miles. Erica Magnus’s vibrant illustrations capture the wild animals, people from all walks of life, and unexpected challenges that this strong-willed woman encountered on the journey she initially called a “lark.”

Children ages 4–10 will delight in this narrative nonfiction work as they accompany Emma Gatewood on the adventure of a lifetime and witness her transformation from grandmother to hiking legend, becoming “Grandma” to all.

Find one for purchase at your favorite independent bookstore: