Home /
Warning: Use of undefined constant multiple - assumed 'multiple' (this will throw an Error in a future version of PHP) in /homepages/2/d259951597/htdocs/new_site/wp-content/themes/Minamaze_Pro/admin/main/options/00.theme-setup.php on line 178
A Country Mile • A Country Mile • Books and Authors • A Country Mile • Out and About / Tuesday Afternoon (Not the Moo ...

Okay, so if the title of this blog made you start singing, your age is showing. If it didn’t, well then, I guess it’s my age that’s showing. Either way, Tuesday afternoon at the Mazza Summer Conference was something worth singing about. 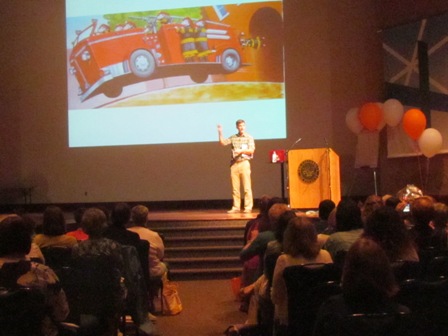 It’s easy to see why author/illustrator Mark Teague is one of children’s literature’s most beloved. Collaborations with Cynthia Rylant and Jane Yolen introduced young readers to characters such as Poppleton, the dinosaurs, and (one of my favorites) Gracie. On his own, Mark has created Funny Farm, the LaRue stories, and at least a dozen others. 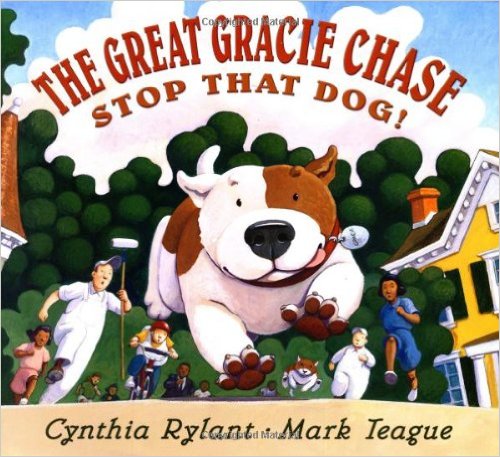 A self-taught artist, (Mark’s college years earned him a history degree) Mark tells the Mazza audience that his art is most likely an updated version of what he drew as kid. As a child, he found that boredom could be easily overcome when drawing. “It’s great for a growing artist to have quiet, meditative space,” he says.

He loved dinosaurs as a child, so when he was asked to illustrate Jane Yolen’s How Do Dinosaurs Say Goodnight? he happily applied all of his childhood dino knowledge to the picture book. He used every single dino he knew of in that first How Do Dinosaurs …. book.  “I didn’t know there was going to be a sequel,” he says, prompting much laughter from the audience, “but then Jane wrote another one.” More laughter.  Jane did write another. And another and another and another.

Mark’s prolific nature was corroborated by the size of his signing line all afternoon at Mazza. 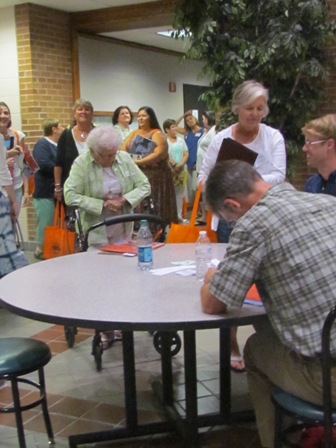 Mark’s fans waited in line several times to get all of their books signed and personalized. I’m sure he heard many compliments from teachers, parents, librarians and colleagues who adore his work. But, I know Mark would say that the most flattering comment of the day came from fellow Mazza artist Charles Santore, who pointed out one small aspect of one small painting in one sweet book. “That was nothing short of brilliant,” Santore said.

And, yes, Mark we’ve got that documented.