Home /
Warning: Use of undefined constant multiple - assumed 'multiple' (this will throw an Error in a future version of PHP) in /homepages/2/d259951597/htdocs/new_site/wp-content/themes/Minamaze_Pro/admin/main/options/00.theme-setup.php on line 178
A Country Mile • A Country Mile • Books and Authors • A Country Mile • Out and About / When Did You Stop Drawing?

When Did You Stop Drawing?

Well, there was no ukulele. There was no didgeridoo. But we did learn that Adam Rex plays a theremin. Not well, he says. But that he plays at all carries this obscure instrument theme through one more keynote address, so it’s worth the mention. 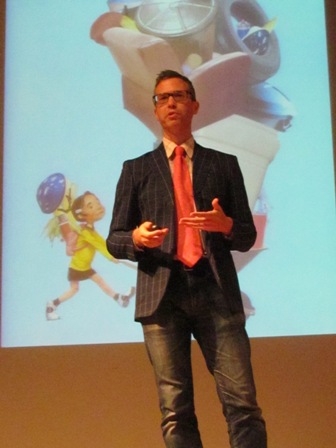 Adam Rex, author and illustrator, is often asked “When did you start drawing?” Children ask. Adults ask. Teachers ask. Librarians ask. The answer has prompted him to pause and consider the question, which is not as benign as it sounds.

When did any of us start drawing? When do children put pencil/crayon/marker to paper and realize that the marks they make create something with meaning, intentional or otherwise? The truth is that every one of us with access to those rudimentary materials starts drawing as a toddler. The better question, and the one Adam Rex often asks, is: When did you stop drawing?

I was instantly reminded of the Picasso quote I’ve heard time and time again:

Every child is an artist. The problem is how to remain an artist

once we grow up. ~Pablo Picasso

Adam Rex never stopped drawing. At age 11, he was bothered by the notion that he didn’t draw faces as well as he’d have like to, so he practiced faces over and over and over again. In grade school, he was “the kid who could draw.” In high school, he was “the best artist in the school.” In art school, he discovered what it was like to be surrounded by others who had been those things in their own communities, and he felt challenged. It was good, he said, to not be the best. In fact, he needed to be second best.

Adam’s style is not singular. He paints, he sketches, he draws from photographs and clay models. He uses charcoal and sometimes works digitally. And, he feels fortunate to have not been locked into a specific style by editors. 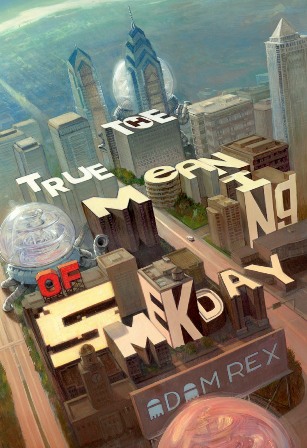 When it comes to his books for young readers, Adam strives to “create something just outside the kid’s grasp, so they will reach for it.” He knows the power of reading, and the even greater power of memory. I felt he nailed down that hard-to-describe reason – the reason we create books for children – “to make a landmark in their memories that they will carry around with them the rest of their lives.”

I’d say Adam Rex has been built a city’s worth of landmarks. And, for that reason, we’re glad he never stopped drawing.

What will Friday bring to Findlay, Ohio? Come back and see.