Home /
Warning: Use of undefined constant multiple - assumed 'multiple' (this will throw an Error in a future version of PHP) in /homepages/2/d259951597/htdocs/new_site/wp-content/themes/Minamaze_Pro/admin/main/options/00.theme-setup.php on line 178
A Country Mile • Country Life • A Country Mile • Uncategorized / The best birthday, inDEED! 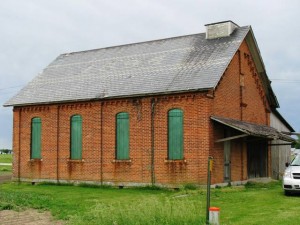 It all started on my birthday last month.

It started a few years ago when my in-laws purchased some neighboring farmland with a sweet, little red brick one-room schoolhouse on it.

It started 22 1/2 years ago when I moved to the country and into a white house just down the road from a sweet, little red brick one-room schoolhouse.

Alright, it started when I was eight years old and fell in love with Little House on the Prairie.

So, now at least  we’ve got that straight.

I do know this.  For as long as I can remember, I’ve had a thing for old buidings.  Creaky, crooked farm houses.  Sagging, sorry old barns.  Little churches on corners flanked by long-forgotten gravestones. But, mostly, I ogled those little brick one-room schoolhouses.  And the one in my “neighborhood” (we use this term to describe a couple of square country miles) quickly became my favorite.

Over the past two decades, I’ve watched its bell-less bell tower topple. I’ve watched the wind snatch a slate  shingle here and there. And, sadly, watched as the front awning hit the dirt.  But even the harshest Ohio weather hasn’t faded the “1894” laid clearly in the roof slate. The foundation is sturdy and rock-solid.  And the brick walls, laid three layers thick, are square and sound.

My father-in-law has always known of my fondness for the schoolhouse . He promised not to tear it down. But, beyond that, I was never quite sure what would happen to this piece of local history.  It wasn’t mine to envision its potential.  But, I did. Every chance I got.

Fast forward to March 2012.  My birthday was a busy day.  A work day followed by a three-hour drive to pick up my oldest daughter from college for spring break. It was late when I finally arrived home.  My youngest daughter met me in the garage, a large envelope in hand.

Okay.  He usually manages to make an appearance at least once a day.

“He left your birthday card.”

She had me there. It was  big. I entered the kitchen and gingerly opened the legal-sized manilla envelope.

“Situated in the Township of Liberty, County of Mercer, State of Ohio…”

I couldn’t believe my eyes. I was holding the deed to the schoolhouse and two point three five acres of land. I was speechless. Mary Lennox couldn’t have been happier when her uncle Archibald Craven granted her wish for “a bit of earth.”

I made a tearful telephone call.  Don’t you love it when you can hear a smile over the phone line? 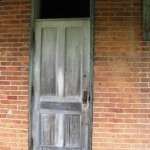 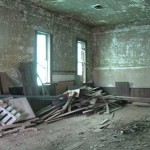 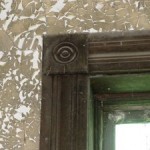 18 comments on “The best birthday, inDEED!”