Home /
Warning: Use of undefined constant multiple - assumed 'multiple' (this will throw an Error in a future version of PHP) in /homepages/2/d259951597/htdocs/new_site/wp-content/themes/Minamaze_Pro/admin/main/options/00.theme-setup.php on line 178
A Country Mile • Books and Authors • A Country Mile • Out and About • A Country Mile • Uncategorized / Some Things Just Can’t W ...

Over at Kirby’s Lane, the blog of the sweet and wonderful author Kirby Larson, there is a feature I’ve always loved called Friend Friday. On Fridays, Kirby features another author or illustrator or friend of the kid world. Once, Kirby even featured ME on her Friend Friday blog post. See it HERE.  (Aw, shucks! I still blush when I read all those nice things she said about me!)

A while ago, I borrowed a page from Kirby’s book (hee, hee… that was a pun!) and started posting a Friend Friday post on Facebook.  But today, I think this Friend Friday friend deserves more than a Facebook mention or a Twitter snippet. So, without further delay, let me introduce you to this fine author: 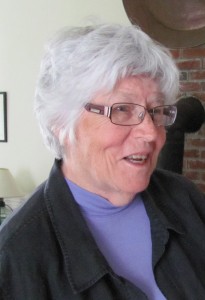 This is Theadora Gammans. Thea to most.

I met Thea a few years ago when I stumbled upon a small group of kid lit authors who meet annually in Maine. They say they are Mainely Writing, and that much is true. They take their week-long retreat very seriously. It’s a week of hardcore critique and learning from a master writer.  But, after spending the last few years getting to know these authors, I’d say we are Mainely Encouragers, Mainely Confidants, Mainely Friends.

And Thea is our matriarch.

When I first met “Thea from Nashville” (as I had come to know her through emails), she was just as I had imagined she would be. Until she opened her mouth to speak. Her Boston accent was unlike any Southern dialect I’d ever heard! Turns out Thea has called several places home, and her New England childhood remained engrained even as she retired to the Tennessee mountains.

Thea’s quick wit, wry humor, and masterful use of language flow directly from her persona into her writing. With no fewer than three incredible middle grade novels in her possession when I met her, Thea was more interested in creating than submitting. It took the prodding of others, but in the past few years, Thea got serious about sending out her work. Like every writer, she studied editors’ tastes, queried agents, and collected rejection letters. Patience is definitely one of Thea’s strong suits. But so is a no-nonsense view of life in general.  And at 80-something, Thea knew that exercising too much patience wouldn’t serve her purpose.

So, you can imagine how delighted I was to open an Amazon.com box this week and pull this out: 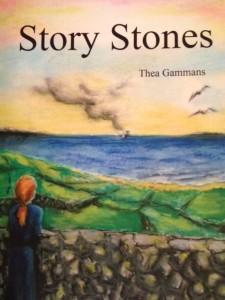 Story Stones is the first of three books Thea has decided to self-publish this year. At 85, with 10 children, 24 grandchildren and 10 great grandchildren, and countless friends and fellow writers in her court, Thea’s fan base is well-established. But, with these books entering the world, countless young readers will join the ranks of Thea’s followers.

I think I was pulling for Thea’s success in the world of traditional publishing as much or more than anyone else. Ultimately, she chose a different route, and I believe there are a couple of things writers can learn from Thea’s journey.

First, there is nothing wrong with self-publishing. In many circumstances, it is the right thing to do. Is it the way to go for someone who dreams of making writing a career? Likely not. Is it the gateway to getting a contract with a Big Five publisher? Not usually. But, for some… like Thea… it is the perfect solution.

And, second… and I hope the writers who ask me often for advice are listening, ’cause it doesn’t get any better than this … You’ve got to embrace the process of creating! Oh, that more of us could be  like Thea – more interested in the art of crafting the story than in submitting it. So many of us rush the process. We feel the urgency to get it out to as many publishers as we can as fast as we can so that we can see our book in print as soon as possible. Slow down. If anyone has the right to “feel the urgency” it’s a writer in her mid-80s. Work that story over and over and over. Give it time. If you’re not 85 yet, chances are you’ve got time. Don’t rush the process. Thea didn’t.

In June, I’ll get to see Thea again. We’ll put our butts in chairs at the kitchen table in the cottage in Maine where we’ll be Mainely Writing, but this year, I think we’ll be Mainely Celebrating Thea’s books. And, I can’t wait to get my copy signed! 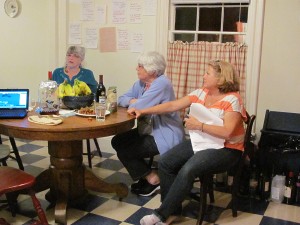