Home /
Warning: Use of undefined constant multiple - assumed 'multiple' (this will throw an Error in a future version of PHP) in /homepages/2/d259951597/htdocs/new_site/wp-content/themes/Minamaze_Pro/admin/main/options/00.theme-setup.php on line 178
A Country Mile • Country Life • A Country Mile • Out and About • A Country Mile • Uncategorized / Ruffled Over a Raffle

Ruffled Over a Raffle 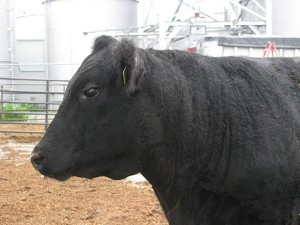 Those of you who know me know that I support farmers and I especially support today’s farm  youth.  4-H and FFA members and farm kids in general are an admirable lot.  They learn early how to work and how to work hard.  They can be found in the barn before school.  They give up a lot of time just “hanging with their friends” because there’s a steer to walk, or a pen to scrape, or lamb to run.

Yes, they raise animals for meat. And they sell them.  It’s what they do.  They are learning to provide safe, quality food for an industry that is often scrutinized and frequently under fire. But, they hold their heads high, proud to be part of the solution, not part of the problem.   So, when young folks become the target of those who disagree with the animal industry, I find myself  less than happy.

Have you heard these headlines this week?

Now, it seems that whenever PETA is in a headline, passions flare.  On both sides of the fire.   Let me say, though, that I would hope that even my vegetarian friends (yes, I have vegetarian friends.  And I respect their right to choose what they eat.  And I appreciate that they respect my right to do the same) would find this one just a little bit over the top, even for PETA.

So, here’s the scoop.

14-year-old Logan  from Lousiana wanted to go on a People to People youth exchange trip this summer.  But overseas travel isn’t cheap.  So, Logan and his family devised a plan.  A family friend donated a calf for Logan to raffle.   The winner would either take the calf on foot or receive the processed beef.  It seemed to me to be rather resourceful.  But a PETA member didn’t quite see it that way.   Throughout the week, Logan and his family have been the recipients of all sorts of mean-spirited comments and accusatory remarks.  But that’s not all.  A PETA member had the nerve to contact Logan and suggest he allow PETA to “free” the calf and send it to an animal sanctuary in return for alternative methods of fund-raising for his trip.  Their solution?  Barely-dressed woman in lettuce-leaf binkinis.

Yes, you heard me.  Can you picture that?

No need to.  The email sent to Logan included a link to photos of the PETA Lettuce Ladies wearing the afforementioned bikinis.  Not exactly what I would want my teenage son looking at. Turns out Logan’s parents felt the same way.  I’m bothered by the whole Lettuce Lady aspect of this story, but I’m even more disturbed by the reported hate-filled messages that have been hurled at this young man this week.

Why? Because criticism, especially unfounded criticism is hurtful.  I know.  I cringe when I read the occasional, negative vegan-inspired customer reviews of Beef Princess on Amazon.com.  I’m a big girl, but mean people still make me want to cower in a corner.  Those reviews bring self-doubt, despite winning the 2010 IRA Children’s Book Award for Intermediate Fiction and the Nebraska Farm Bureau 2011 Children’s Ag Book of the Year Award.   Think how a young man might feel when told he’s being selfish and cruel.

If I could talk to Logan, I would tell him that there’s no shame in what he has done.  It’s not selfish.  My own children have financed school trips and even college tuition with the sale of their 4-H livestock projects.  These are young people who have learned to problem-solve.

To the PETA folks, I’d say this:  If you want to debate animal rights vs. animal welfare, if you want to challenge my right to produce and eat meat, fine.  Take up your argument with the farmers, the producers, the adults who order steak, or me.  But leave the kids alone.

And, for goodness sake, keep the lettuce leaf bikini babes away from our teenage sons.  Good grief.

And, finally, to the rest of  the world:  Logan’s Cow Raffle continues (as of this moment) with more support than ever.  Check it out, buy a ticket, or just hit the LIKE button.

And if you comment, let’s be respectful of one another’s rights.  Otherwise, we’re no different than those who’ve forgotten how to do just that.