Home /
Warning: Use of undefined constant multiple - assumed 'multiple' (this will throw an Error in a future version of PHP) in /homepages/2/d259951597/htdocs/new_site/wp-content/themes/Minamaze_Pro/admin/main/options/00.theme-setup.php on line 178
A Country Mile • A Country Mile • Books and Authors • A Country Mile • Out and About / Good News from Mazza Museum ... 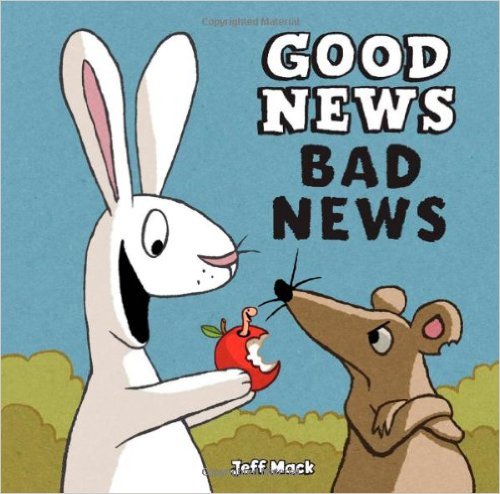 Jeff Mack is in the building.  He has created dozens of picture books for young readers. He has illustrated works by James Howe (remember Bunnicula?) and Eve Bunting. But, before he found favor within the world of children’s picture book creation, he faced more than a little…

Jeff might not be here at all if he had given up years ago after being told by a New York City editor that his work was just a little “too weird” for children’s books. With a penchant for what is creepy and odd and a little bit dark, it seemed Jeff might never break through…

After much practice, Jeff has more than figured it out! Now he’s not only illustrator, but author as well of many picture books. And he shared his magical formula with Mazza’s Summer Conference attendees. Here’s a hint: It involves paint and tape and scissors and sketches and words and sometimes a dog.  Using methods that range from traditional acrylics to high-tech design techniques, Jeff reaches  readers, prereaders and  accomplished readers with his unique brand of visual storytelling. 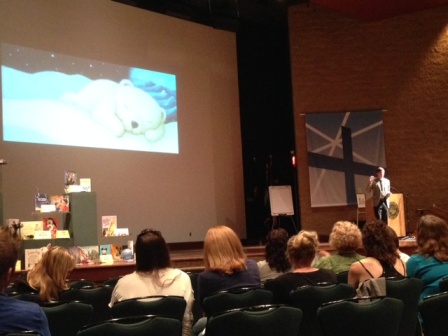 Thanks, Jeff Mack, for kicking off the Mazza Summer Conference with your creepy, cuddly, cute and funny, sweet, inspiring and thoroughly entertaining style.
And then, it was Monday afternoon…

“I have no ideas where ideas come from. All I know is that when I get them, I collect them.”

Deborah Freedman is frequently asked by children where she gets ideas for her picture books. She answers her inquisitive young audience truthfully. Ideas come from everywhere and out of nowhere.  She finds inspiration while walking, taking cues from the rhythm of her feet on the ground below. Her imagination thrives in the art galleries and museums of not-s0-far-away New York.  And as she reads, she can’t help but ask questions that lead to even more ideas.

And when they come, she gathers them up and keeps them safe until they might bloom into one of her beautiful tales. Blue Chicken was inspired by The Red Wheelbarrow, a poem by William Carlos Williams. 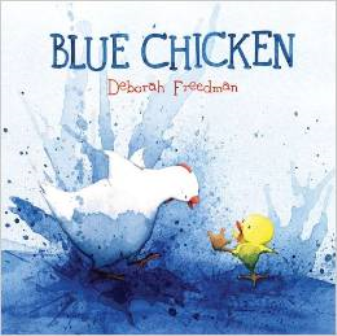 Deborah’s first three picture books include characters who explore books and the process of making them. The animals in each story appear to have as much fun participating in the making of the books as Deborah appears to have had creating them!

With each of her books, Deborah thinks very deliberately about color and how it might enhance her story. Color can define two worlds, an in The Story of Fish and Snail in which she uses black and white and color to delineate the characters’ lives within and outside of a book. 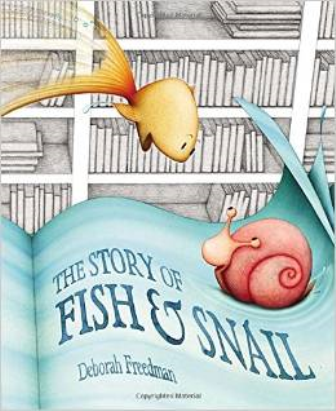 Once an architect, Deborah is still building. Only now, she is building books that help children understand their world a little more. We can’t wait to see what’s next! 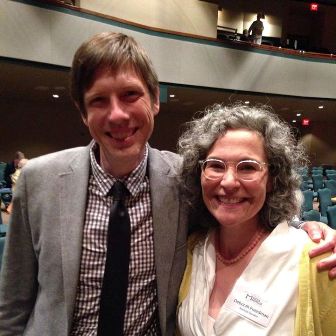