Home /
Warning: Use of undefined constant multiple - assumed 'multiple' (this will throw an Error in a future version of PHP) in /homepages/2/d259951597/htdocs/new_site/wp-content/themes/Minamaze_Pro/admin/main/options/00.theme-setup.php on line 178
A Country Mile • Books and Authors • A Country Mile • Out and About / Patricia Speaks

As a child, Patricia Polacco used to take peanut butter and crackers, a flashlight, and books into a tent made of blankets and sheets and get lost in a world beyond imagination. Now she tells school children to do the same. And even better, she single-handedly provides an abundance of books for children to take along with them. 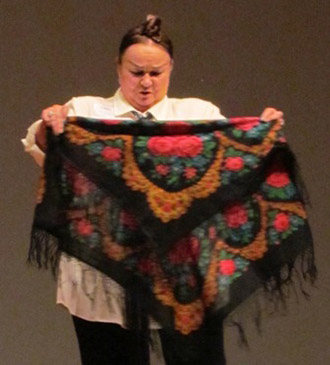 Patricia Polacco’s stories began with her great grandparents’ journey from Russia to Ellis Island. Her family history is chronicled in her book The Keeping Quilt, which Patricia read to us. 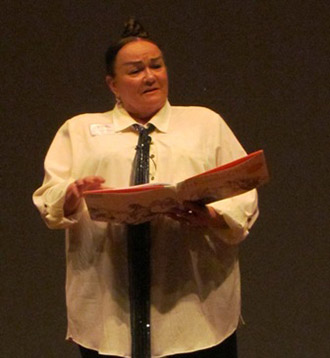 I was present in Findlay several years ago when Patricia officially bestowed her family’s Keeping Quilt upon the very deserving Mazza Museum. It hangs there now, in its new permanent home, a testimony to Patricia’s family and her literary legacy.

As a youngster, Patricia was a struggling reader who had nearly given up on school and life itself when a new teacher named George Falker arrived and changed everything. Her experiences as a child with dyslexia are told in her book Thank You, Mr. Falker.

Patricia placed her message today on an arrow and then shot it into the hearts of every teacher, librarian, writer, and artist in the room. We were humbled. We were inspired. And we were blessed.

But then, what did we expect? This was Patricia Polacco.